I recently read an email from The Daily Stoic that challenged my current mindset.

Currently, my focus is on longevity - doing everything I can to maximize the chances I will get to live as long and as healthy as possible.

As a result, I am trying to make my decisions for the long run.

This is necessary in order to choose kale instead of Pringles.

But it may have a weakness. If we take long life as a given, then we (I) can be tempted to defer items to later point.

So does this mean I should eat the Pringles, because who knows if I’ll be around tomorrow?

The ‘memento mori’ mindset is not a new one. I hadn’t realized that there was a whole genre of artwork that has the nearness of death as a theme. “Vanitas” paintings had skulls somewhere in the background, along with elements like hour glasses for time and flowers for life. 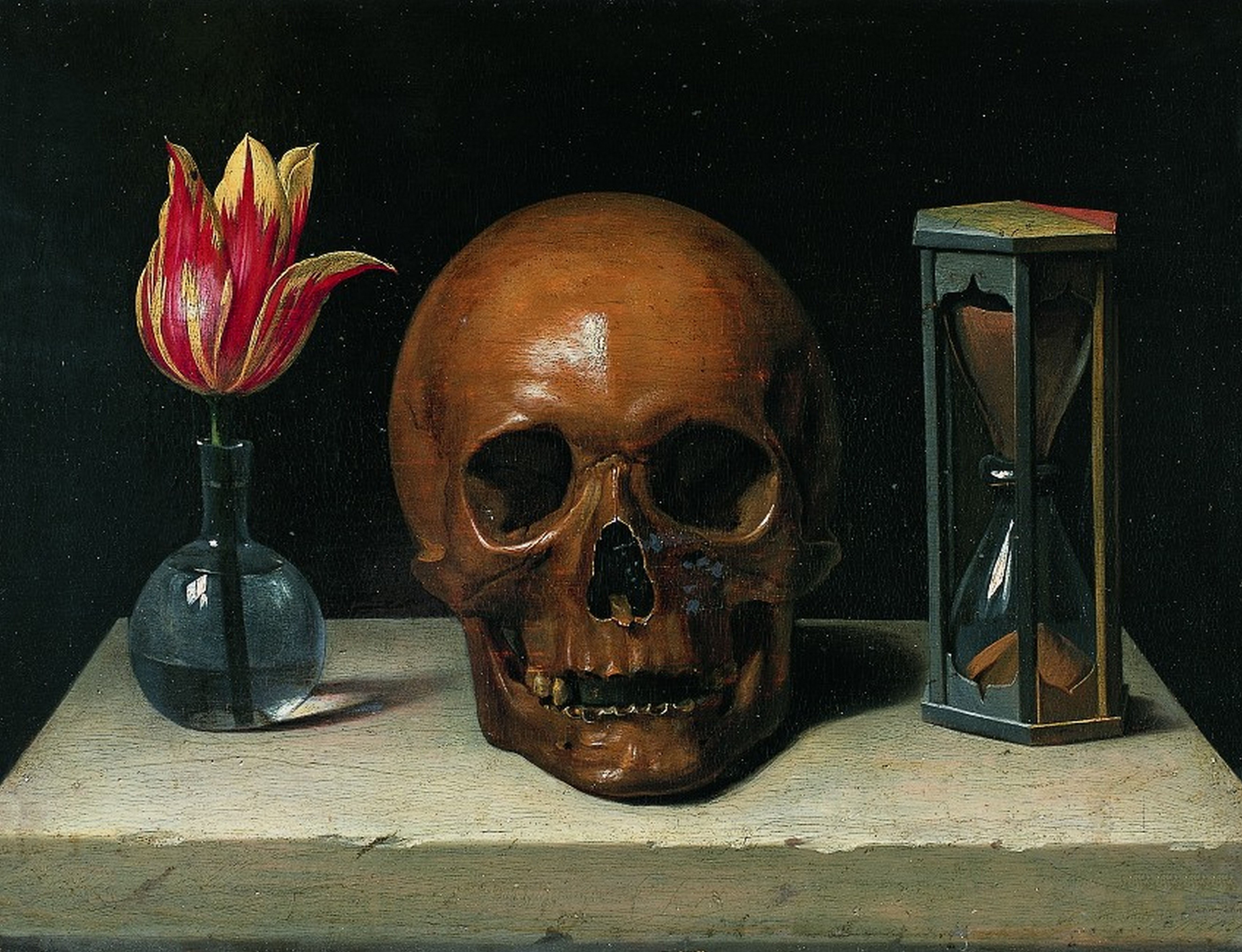 For much of human history living to tomorrow was way more uncertain than it for us in the modern world. Although there are still some areas of the world today where death looms much closer. People starve or live in an area of war and violence.

I remember traveling to Guatemala and working with Common Hope. The organization started with the admirable goal to educate more kids. They quickly learned though that these efforts were fruitless if the kids weren’t sleeping or eating well or they had family troubles at home. So they changed tactics and by meeting basic needs, they ultimately accomplished their first goal.

There is no doubt that people will act differently when their lives are on the line. Think about hoarding resources, stealing bread to feed your kids, the degree to which you would be willing to take a risk.

You can even see this manifested in sports as a game gets closer to its conclusion and the prospect of losing the match becomes more real. It is the ‘back against the wall’ moment and there is often a last surge of heroic effort to try and stave off the impending doom.

Yet, I don’t think the memento mori mindset has to be a state of panic.  Let it catalyze your actions and not paralyze you. As the Daily Stoic puts it


Used properly memento mori is a tool to create priority and meaning, one that generations have used to create real perspective and urgency. To treat our time as a gift and not waste it on the trivial and vain. Death doesn’t make life pointless but rather purposeful. And fortunately, we don't have to nearly die to tap into this. A simple reminder can bring us closer to living the life we want.

In this light, ‘memento mori’ thinking is complimentary to trying to add more life to your life - possibly ‘memento vivere.’  If we treat each minute as special, we can add urgency to doing things that matter. And if we succeed in stringing together a long series of these moments, not only will we have had a long life, we would have had a full one.

Coming back to sports for a minute, this parallels the idea of ‘playing to win’ vs. ‘playing not to lose.’

It’s tempting and easy to ‘coast’ when things are comfortable.  The truth is that we only have today. Tomorrow is a good possibility, but it is not a guarantee.

So let’s use the immediacy of death as a way to stay humble and motivated while we work to do what we can to push death as far away as possible.

It's hard to know what to trust these days, but I found Guyenet's text to be the standard for honesty and humility. He clearly lays out what we know and what we don't.  If a discovery has had reinforcements, he says so, if it is still awaiting further proof, he admits that as well.  He tips his hat to fellow and even competing researchers, acknowledging their texts and papers in every chapter.

Not only is the text reliable, it is useful and quite illuminating as to why there is an obesity epidemic and why it is so dang hard to fight it. The text is rich with insights, and the discussion questions will be focused on reactions or actions you might consider from each insight.

By the way, Stephan runs the website Red Pen Reviews, which rates texts on their scientific accuracy.

Without further delay, let's explore some reflections on the ideas presented in this text.

I am not going to do classic book reviews on this blog. Any book already has plenty of reader's opinions and frankly I am not always qualified to critique some of the scientific claims that an author may present. I'll defer to the masses and the experts for those thoughts.

What I will do is offer some discussion questions that I think are worthwhile for the longevity community.