This was brought to my attention via a new headline that read:

"“Prescribing” fruits and veggies would save $100 billion in medical costs"

$100 billion sure seems like a lot! And these are the kinds of statements that get my inner actuary all fired up.  Where did this number come from?  I will unpack this bit by bit (or maybe bite by bite?) and please allow me a few rants. 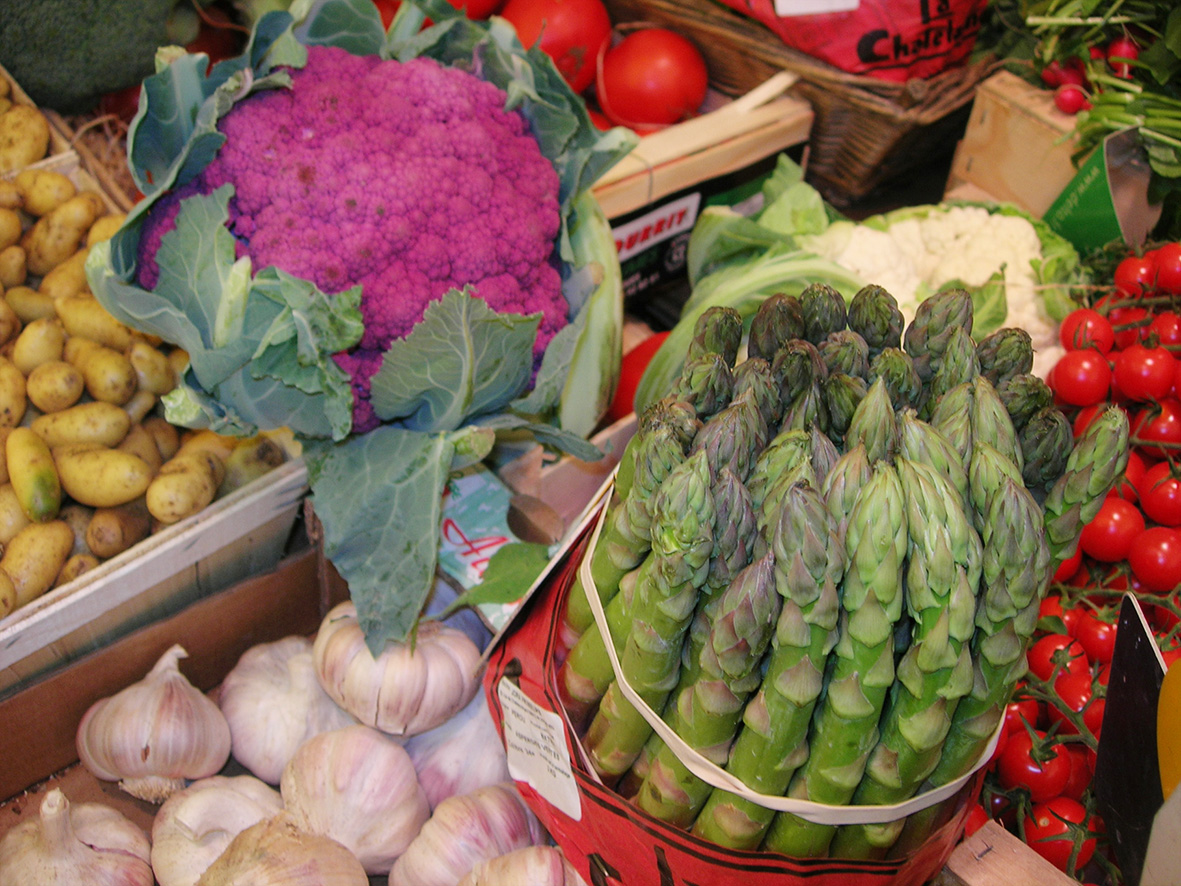 RANT 1; The article references the study, but the first link goes to an announcement about the study and not to the study itself. You get that three links later. ANNOYING!

The study, published in the the medical journal PLOS Medicine, followed adults between the ages of 35-80 who were enrolled in Medicare and/or Medicaid. It then established two scenarios: one in which Medicare/Medicaid covered the cost of 30% of fruits and vegetables, the other in which it covered fruits, vegetables, seafood, whole grains, plant oils, and other healthy foods.

The results showed that with such subsidies, subjects rely less on healthcare. The first scenario would prevent 1.93 million cardiovascular events (such as heart attacks) and 350,000 deaths, as well as cut healthcare costs by $40 billion. The expanded second scenario would prevent 3.28 million cardiovascular events, 620,000 deaths, and 120,000 cases of diabetes–and save the U.S. system a whopping $100 billion

OK - per usual, we have a headline that is not accurately reflecting the content. (Not faulting the author on that one, usually that is out of their hands)

Let's pause for a minute and restate the headline using the information we have so far.
"Simulation Results Estimate $40B to $100B Reduction in Healthcare Costs Assuming Subsidies on 'Healthy Foods' Lead to Positive Health Outcomes."
This headline tells us there is a range of possibilities that came from a model, and the saving mechanism is dependent on health outcomes.
For me, this is just the top layer of the onion. I'm also curious about how they linked a change in price to something like fewer heart attacks. SPOILER ALERT: They didn't. They rely on a series of implied links.
Let's look at the path they took at a high level, and the key assumptions at each point. The study's approach is that subsidies will lead to increased purchasing, which will lead to increased consumption of healthy food, which will result in fewer health events, which will translate to lower health costs. Make sense? Having fun yet?
Let's look deeper at the pieces.

In my view, this is lynchpin of the whole model, and as such I would have expected it to have had more discussion than it did. Some disclaimers: I am not an economist (although it was part of my actuarial training) and I also am not an expert of grocery pricing. That said, I am trained to analyze numbers and have spent my career modelling and estimating things.
Before dissecting the numbers, I also find it helpful to try to translate what the numbers actually mean. The study is suggesting a 30% subsidy.
How do you feel about those numbers? Are you encouraged to take your savings and buy more fruits and veggies? 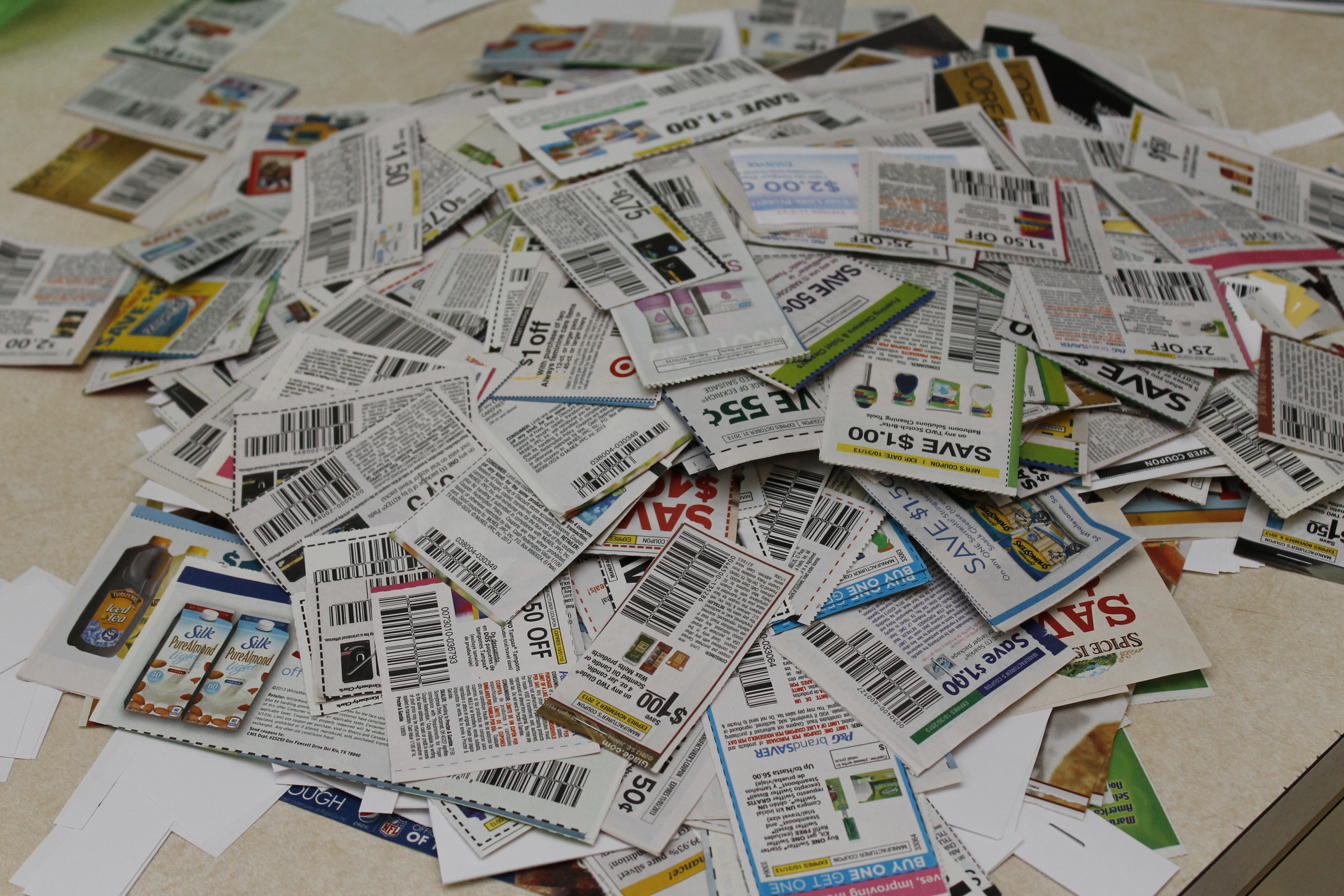 The study is using a rule that claims a 12.4% increase in consumption per 10% of savings. Furthermore, the researchers claimed that people with lower incomes are even more sensitive to price changes. At then end of the day the 30% subsidy translates to about 40% more consumption.
Again, what does this look like on the street?
From a sniff test perspective, I'm not sure that the 12.4% increase per 10% savings would be the result in reality. However, it may not be a bad place to start. In math speak, it could be a parameter of a prior probability in Bayesian analysis.
To go further down the rabbit hole, is it reasonable to assume that the relationship is linear? Does each dollar of savings translate to the same level of increased consumption?

My guess is that this is not the case. I would expect something that followed diminishing returns. That is you get smaller and smaller increases in consumption with each additional dollar of discount. So your first 10% savings might drive 12.4% increase in consumption, but the next 10% savings might only increase the consumption by 8%.
Or maybe people love bargains, and at a 10% price cut you get 12.4% more consumption, but cut prices by another 10% and you 1.24*1.24 = 1.54 or 54% more consumption.
The point is that this relationship could vary dramatically. A linear approximation is fine as a starting point, but I'd be inclined to investigate this further.
Where did the 1.24 ratio come from anyway? From the research paper:

"The effect of the price change on dietary intakes was derived from a systematic review and meta-analysis of interventional and prospective observational studies of changes in food price in relation to dietary consumption."

In other words, it is the average effect from a collection of studies. This is not unreasonable, but let's look a little closer at that analysis:
What does this all boil down to?
I'm not sure I'd strongly rely on the 1.2 effect as a rule of thumb, but it might be an ok starting point. It certainly needs to be tested. And a critical question is unresolved - is the effect linear, diminishing, exponential, or something else?
I'd also want to look at nominal vs. relative price discounts. Saving $0.30 feels different than saving $3, even though the discount % is the same.

According to my reading of the paper, they assume 100% of extra food purchased will be consumed.
I would think we'd need to account for some degree of wastage.
If I buy 2 more bananas (or maybe 30,000 pounds?) because they are on sale, will I eat them? I tend to buy the number of bananas I intend to eat. In a normal week my house, which buys a lot of fresh produce, we just don't always get to everything before it goes bad. 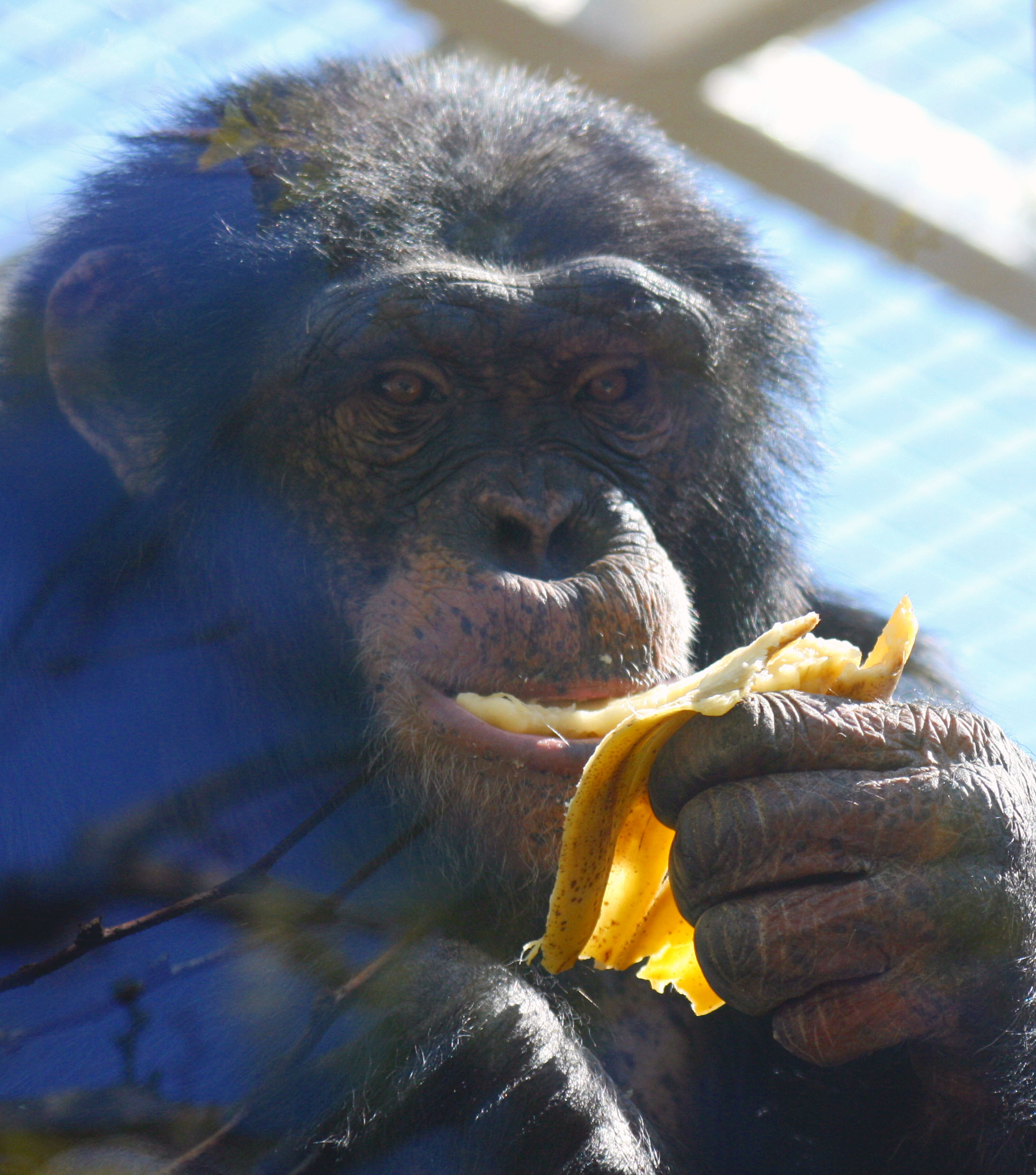 Food wastage is a problem. Maybe the effect of wastage ends up coming out in the wash at the end of the day, but I am wondering if the research needs to address this somehow.
Secondly, people are weird and act in all sorts of ways - think about toilet paper buying. If they can stretch their grocery bill further because they are saving money on veggies, they might decide to splurge on some ice cream or soda or alcohol, or maybe they will eat out more! This is where the real world is messier than models.
Coming back to the original headline. How would behavior change if the food purchase was a prescribed?  What if you got pomegranates with your prozac? Prescription adherence is still a known issue.
I tried to look at the sensitivity analysis for any discussion about the headwinds that might be present or any type of  'effectiveness/wastage' metric and none jumped out at me.
Instead, I did see different levels of 'subsidy (20%, 30%, and 50%) and consideration that the effect would be magnified for lower incomes. And it appears that they did factor in how much of food purchases were done at a grocery store.

Let's just take as given that we were able to affect food consumption by price incentives. The next critical leap is to then claim that by having people eat more carrots and kumquats that they will then not have a heart attack.
The paper considered several health conditions, but the most important is heart attacks.
To be honest, I struggled to understand what they did. It is hard to buy into a conclusion if someone can't follow the process. I will allow that the paper may be written for an audience that is better versed in the underlying content.  However, clarity is always helpful, even when sharing information among informed participants.
Here is what I think they did.
Imagine you have a bunch of marbles, some are white and some are red.  The marbles go along random paths, some of these paths make the white marbles turn red.  At the end of the course, you count how many red marbles there are.  In the researchers work, it seems like they are just starting with a higher proportion of white marbles.
The analogy isn't perfect, but what it alludes to is that the good result ($100B in savings) could also be possible if you had a healthier starting point for any reason, not necessarily food choices.
Coming back to the causative links, they are relying on other research. I'm not going to get into the weeds but many of the 'predictors' of heart attacks are biomarkers and bloodwork, and in the scientific community it is not clear exactly how food consumption changes these elements. At best, we can say there seems to be some effects from certain kind of foods.  But like many things, results will vary, and it is very hard to isolate the effects of food by themselves in humans. Items like genetics, activity level, education, stress levels, and community can be confounding variables.
The researchers were clear in their reliance on the other work, but I don't know if they did a good job of discussing how the limitations of the underlying information may affect their conclusions.
Both NHANES and Framingham are widely used, but also have relatively well known limitations and I don't know that the authors of the paper sufficiently addressed.
At the end of the day the effects of the dietary intake on health outcomes are not certain or known numbers, they have implicit variations and noise.

I did not look too closely and the cost data the author's used. But similar to everything else, there is probably noise in it and it may be worth kicking the tires a bit to see how robust it is. For instance, were there assumptions made about cost trends over time?
The packaging of the results seemed to be around 'cost savings'.  There was analysis on total cost of the program. So it seems like there could be some sort of cost benefit analysis/ROI that could be done, but that wasn't abundantly clear to me. They had a metric called 'cost-effectiveness' but it didn't seem straight forward to me.  It was a measure of $ per years of quality health.

There are some other interesting ramifications. For instance, there was a note that as a secondary effect of people avoiding heart attacks, more people got diabetes!

Where do we go from here?

Even though I am skeptical of the headline figure, it doesn't seem like a bad idea to me to continue to encourage "healthy diets"  and that food based approaches may help reduce our overall health care costs. Nutritional interventions are very tricky things to study, but we need starting points and ways to come up with assessments.  The more of these types of exercises we do, the more refined they can become.
It continues to be an open question on how to best encourage healthy behaviors.
There is apparently a parent organization behind the paper that I will be looking at more closely.
The FOOD-PRICE program. They claim "our research focuses on population-level nutrition strategies and their relation to cardiovascular and cancer health outcomes."
The original article cited Parsley Health as an example of a Functional Medicine based provider that includes diet as part of patient care.
New York City has a program called Health Bucks. I haven't seen an evaluation on how it is working. But it could be useful to update assumptions from this paper.
Farmbox Rx is piloting programs with employers and insurers.
Other programs include Wholesome Wave  and the Blue Zones Project.
I think I hear some broccoli calling my name. 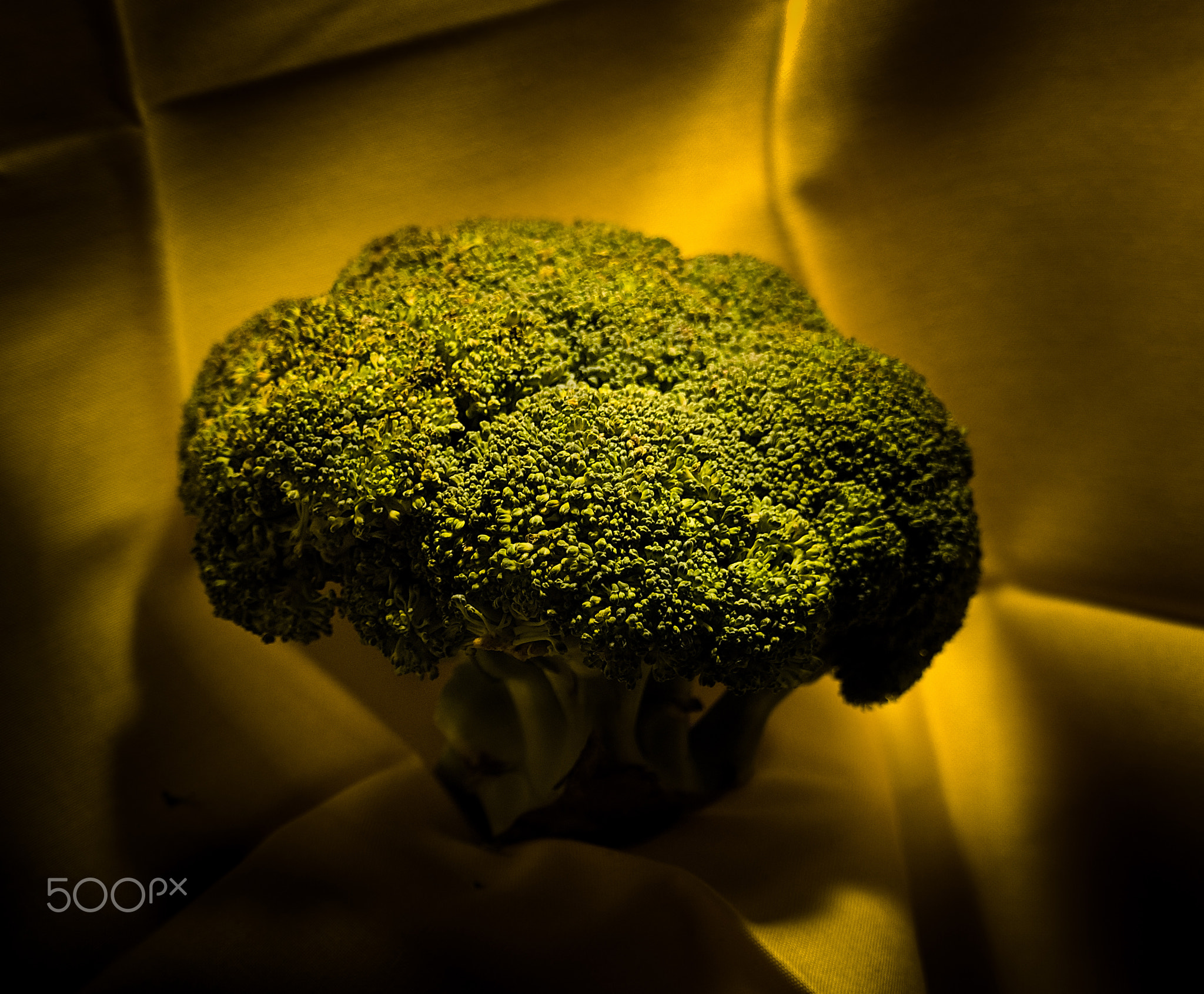